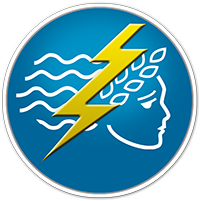 Designed to showcase today’s Free Speech Movement (and empower youth with its history) American INSIGHT invites filmmakers to join the global revolution by submitting films about Free Speech, Human Rights, and the Rule of Law to the FREE SPEECH FILM FESTIVALTM.

As they express themselves, or give a voice to the oppressed, American INSIGHT encourages filmmakers to consider what Free Speech, Human Rights, and the Rule of Law mean to them.

One FREE SPEECH AWARD-winning film is selected each year and showcased in perpetuity on www.AmericanINSIGHT.org.  In addition, the winning filmmaker is interviewed on camera, and their film is featured on the FREE SPEECH NEWSFEED, the FREE SPEECH BLOG, and all of American INSIGHT’s social media outlets throughout the year.

Five other films from around the globe that are submitted to the FREE SPEECH FILM FESTIVALTM through FilmFreeway  (the world’s premier film festival site) are chosen as “Official Selections,” and their trailers are also featured on American INSIGHT’s websites and social media outlets for a period of one year.

The Free Speech Film Festival is unique in several respects:

The FREE SPEECH AWARD Ceremony provides an opportunity for filmmakers to supplement their film with their own personal story.  Filmmakers share what Free Speech means to them with the global community.

The winning film is linked in perpetuity to American INSIGHT’s interactive educational FREE SPEECH STORYLINE, which traces the history of individuals who fought for their rights back to the signing of the Magna Carta in England in 1215.

The winner of American INSIGHT’s 2012 FREE SPEECH AWARD was “Free China: The Courage to Believe” directed by Michael Perlman and produced by Kean Wong.  This was the film’s first award.  The film has since won eight other festivals, and been screened by governments around the world, raising consciousness for human rights in China.

The FREE SPEECH FILM FESTIVALTM culminates in a multimedia FREE SPEECH AWARD CEREMONY that features well-known artists, scholars, writers, and civic leaders speaking about what Free Speech means to them, in addition to showcasing American INSIGHT’s final FREE SPEECH AWARD-winning film and its filmmakers.  Past speakers include:

Mary Anne Huntsman, a classical pianist who has performed throughout Europe, the United States, and Asia

Richard Negrin, Deputy Mayor of Administration and Coordination and Managing Director of the City of Philadelphia

Joseph Ohayon, Producer/ Director of  “Crossroads: Labor Pains of a New Worldview, “ is a filmmaker, writer and speaker based in Israel and New York

Michael Perlman, Producer/ Executive Producer of “Free China: The Courage to Believe,” is an Amnesty International official Artist For Amnesty 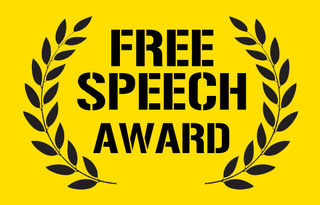