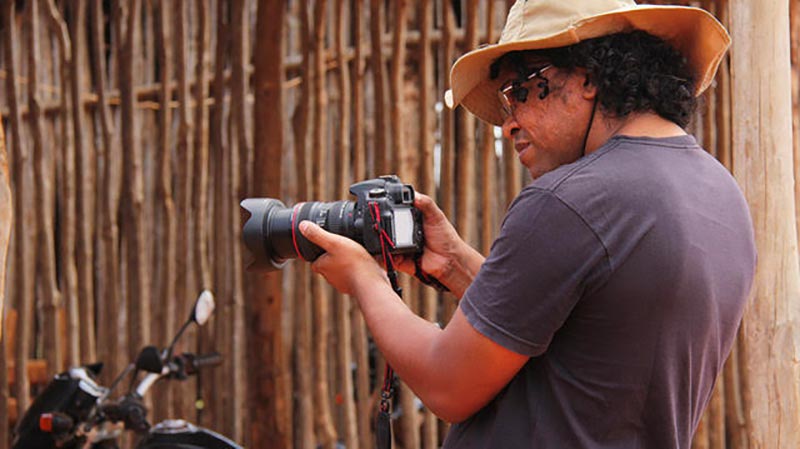 Posted at 10:59h in Film Spotlight by vance-admin 0 Comments

Waleska Santiago: My name is Waleska Santiago, I am from Fortaleza, Brazil. When I was 8 years old, my mother had a health problem, which changed the lives of my whole family. As an only child, I had to “grow up faster” to help out my parents. During this time, we had to move to a different part of the city. The neighborhood that we moved to, and where my parents live to this day, is called Pirambu, which is a place built by the people who occupied the land, and later, after a protest march, became owners of the land. Pirambu is named after a fish, which in Tupi, the Indigenous language of the region, means “Snoring Fish”.

Living in Pirambu, I learned a lot about social injustice and how important it is to have a voice, and the power of community grassroots efforts. My parents were always worried about my education, and during my formative years, I always attended private schools in wealthy neighborhoods in my city. This had a big impact on me, since I did not yet understand why some parts of the city were more developed than others, with more privileges and opportunities for the people who lived there. This was where my interest in social justice was born. When I decided to study Journalism for my undergrad, I was looking for the chance to tell people’s stories to raise awareness for the social problems in the city and try to enact social change. Here in the US, I studied Media for Social Justice, where I was able to learn more about how to produce media for social change. Making Sweet Poison helped me to learn more about the food industry in general and made me more aware of the various social injustices surrounding this multi-billion dollar industry. Before I made this film, and even, before I learned about this problem, I had no idea how the production of food is bad for us and for the environment. I can now say that I have used the opportunity of making this film as a learning experience, first for myself, and then, through the lens, for other people. I hope the film can spread this message to a wide audience and make change.

WS: In 2013, my colleague Melquíades Junior, invited me to travel with him, photographing his special report for the newspaper where I used to work. The special report was called “Widows of the Poison,” and it is about women who have lost their partners due to their work in the farms and exposure to pesticides. I was very touched by those family’s stories, and to learn how irresponsibly corporations are treating these people. In 2015 I spoke with Melquíades about making the film, and help this story to be spread worldwide. He is a key person who I could not have made this film without, since he was born and raised in the community where we filmed and has more than 15 years of research on the subject. When I think about food these days, I am thinking about myself and my body. Everything that we eat is going inside our bodies, and is being processed whether it is good or bad for you. Food is essential for us as humans, and it is sad how much the general public does not know about it’s production, where it is coming from and who produces it. The main goal of our documentary, is to show and educate people, using one example of a community that produces food for the global population and how badly they are being affected and treated.

WS: The main goal for us is to educate people and achieve justice for those that are suffering in communities like Limoeiro do Norte, the city highlighted in the film. The film has already helped people to make better decisions about what they eat. I even know a few people that have said, after watching this film, about how impacted they were and how they are going to try to eat more local and/or organic produce, and learn more about where/how and under what conditions that food is being produced. If we, as the general population, avoid eating food produced by these big corporations, we hope that eventually they will change their ways of producing food.

FSFF: In terms of environmental injustice, what steps do you think are necessary to stop it from happening?

WS: I think we have to start as individuals, and be more conscious about where we are getting our food. In an ideal world our representatives could regulate these corporations and be more aware of how the corporations are treating the communities that produce our food. Brazil is the number one consumer of pesticides in the world, just last year, the Brazilian president Jair Bolsonaro’s administration authorized the use of 150 new pesticides during a global public health pandemic, which demonstrates how the problem will get even worse in Brazil.

WS: The people need to organize to make change. By creating groups, as a collective, they can better share information, develop leaders, and work together to create change. Through organizing, they can give a “voice to the voiceless.”

FSFF: What would you say to a person who disagrees with the stance you are trying to take?

WS: People should have their freedom to agree or disagree, and I would respect their voice, if they have a valid point, but I will keep fighting for what I think is the best for myself, my family, and for the planet.

WS: Not necessarily, I actually dreamed about being a dentist when I was 12 years old, but when I started to understand more about social problems, I changed my mind and I wanted to help people, and chose Journalism as my major.

WS: When I was younger I created with my friends an organized group to discuss about environmental issues. I wish we could have developed it more, because we all need to be more aware of how to treat this planet better. My advice for myself and the younger generation would be to be persistent and to follow through with what you started.

WS: Yes. Right now we are working on making Sweet Poison into a feature film or series and we are looking for funding to make this happen. Also, I am collaborating on a script about inequality issues and racial problems here in the US. I hope to keep producing media to deliver information to people’s homes around the world about social justice and movements.

WS: People should be able to express their thoughts and feelings, especially if something is not right and people are experiencing injustice. Boulders have been moved using free speech, and we should keep striving for a world with justice for all marginalized peoples.