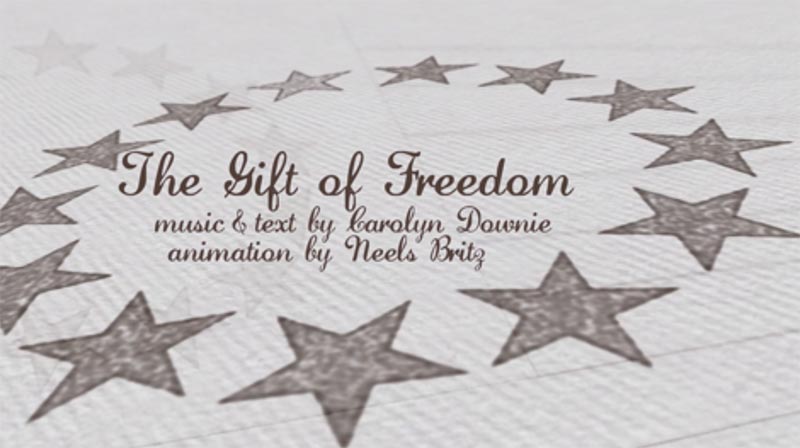 Posted at 12:22h in Film Spotlight by vance-admin 0 Comments

The Gift of Freedom, directed and scored by Carolyn Downie and animated by Neels Britz is a short, but powerful film that draws upon past historical events to help better illustrate the political climate today. Downie delivers a resounding message about how, even now, the founding fathers’ foundational ideas in the construction of freedom still ring true to this day. Even as this country ages and develops and changes, the presence of John Adams’ ideas, for example, the ideas that this country was built up from, apparently still remain to be the relativity point in many political conflicts.

The concept of freedom, or rather the gift of freedom, is the vascular system of the United States. It is the undeniable right and constant in every political equation. Because of this, Carolyn stresses the importance of looking towards these foundational ideas to track trends in political change and conflict. As Carolyn Downie writes, these 300-year-old ideas still ring true, even “intro the cusp of the 2016 election and present-day tipping point of politics and culture.”