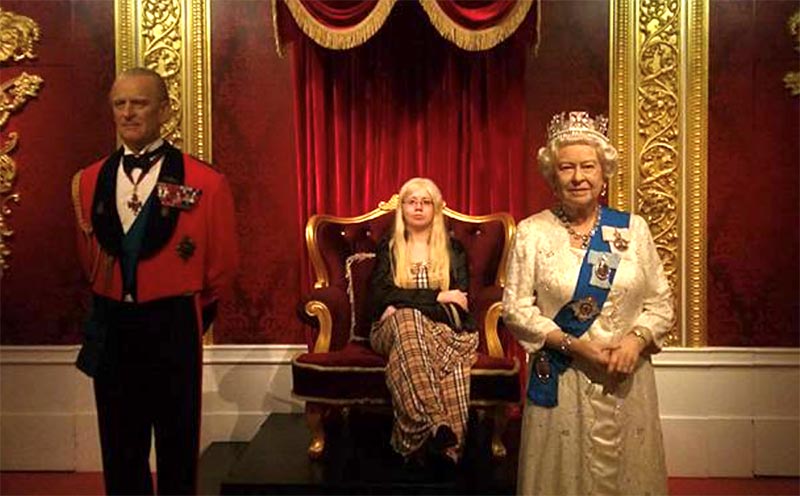 Posted at 16:04h in Film Spotlight by vance-admin 0 Comments

Shay Zak is an award-winning screenwriter and teacher who believes that freedom of speech is the spirit that every filmmaker needs. She feels that despite differences in cultures, religions, ages and education levels, films unite the world and bring everyone together. 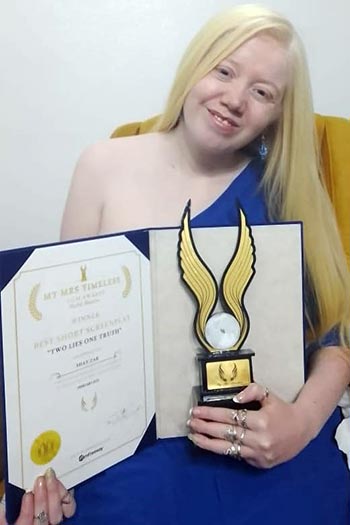 Shay earned a bachelor’s degree in cinema script writing and works at The General Management of Cinematic Culture and Cinema Palace.

Her screenplay Two Lies One Truth has won several awards, including Best Short Screenplay from the My Mrs Timeless (MMT) Film Awards in the United Kingdom and a Special Jury Award from the Liberty Film Awards. It was also chosen as an official selection at the ISAFF Film Festival and The North Film Festival in Sweden.

She also wrote The Exterminator Episode for the Offset Web Series, which was chosen as an official selection at the Hollywood Blood Horror Film Festival. The film was directed by GI Joe Lonesome and was screened at The Guild Cinema in New Mexico.

In addition to being a Free Speech Film Festival Spotlight Judge, Shay has been a member of the Jury at the Brejning Film Festival in Denmark.

In the following Q&A, which has been edited for clarity, Shay shares her thoughts on the power of films and filmmaking and the importance of expressing free speech in films.

Free Speech Film Festival: Tell us about yourself. How has filmmaking impacted who you are today?

Shay Zak: Filmmaking changed my life. Since I was little, I’ve  loved to create stories about me and my family. We didn’t have theater in our school so I created stories. We would perform in classes or on the streets without a stage and it made me want to be a screenwriter. I wrote novels when I was a teenager. I studied cinema. I can’t do anything else; it’s my job, my career, my life.

In fact, if I’m honest, I do know how to put my soul inside a script; that will make you a good screenwriter.

Who can live without cinema? Movies always touch people. People dress like actors and change their opinions through a movie. They cry or laugh or love or hate. In every single occasion in life, cinema is always with you. Any piece of art – cinema, TV, theater, radio – is heaven in people’s lives. They can’t live without fun and that fun is our job.

Imagine: you can make film in a America and someone in Korea can watch it, like it and feel it. Someone in a different country, different culture, or different religion can be connected to you.

It’s like what Michael Jackson did. I’m a big traveler and there’s no county I visit without finding fans of him. Some of these fans don’t know English but he inspired them. That’s the power I’m talking about with actors and films. Generally, all art is very important to humanity.

Cinema is always that miracle, you know, when you write a script and actors turn your words into flesh; that’s magic, too.

SZ: The power of free speech can change countries destinies and, through cinema, you can tell a story in a way that makes it more entertaining and simple, so you can reach more people with different ages, education levels, religions, etc.

Imagine a politician reciting a long speech while at the same time a movie is talking about the same topic; people will definitely be more attracted to the movie.

During World War II, cinema played a great role. Who can forget Disney’s films against Hitler or The Great Dictator with Chaplin’s unforgettable speech?

SZ: People who may not have free speech will make you want to talk in their name.

They cannot talk but their eyes will always say something. Silence is a language; sometimes it means anger or fear. But that won’t happen for long because once they see the power of talking through cinema, through love, through justice, through humanity, they’ll speak up!

Nothing can be hidden forever so we can be their voices, or at least support them or encourage them to speak up and make films.

SZ: Don’t be afraid; it won’t stop death but it’ll stop life. This quote touches me a lot.

Make whatever movies you want to; even if nobody likes it, if you want it, you should do it. Even if you fall, you’ll get up again if you just keep going and keep trying.

SZ: I’m working on a new script called Just A Broken Glass (the script was a finalist at the Filmcon awards) with director Stephen Patek. I hope to work with him.

In the future, I’d say something I never dreamed of being is the best screenwriter or the most famous or the richest. Life is not a competition to me. All I dream of is to be the coolest person,  to be a free spirit on the whole world, to do whatever I want to do with no limits.