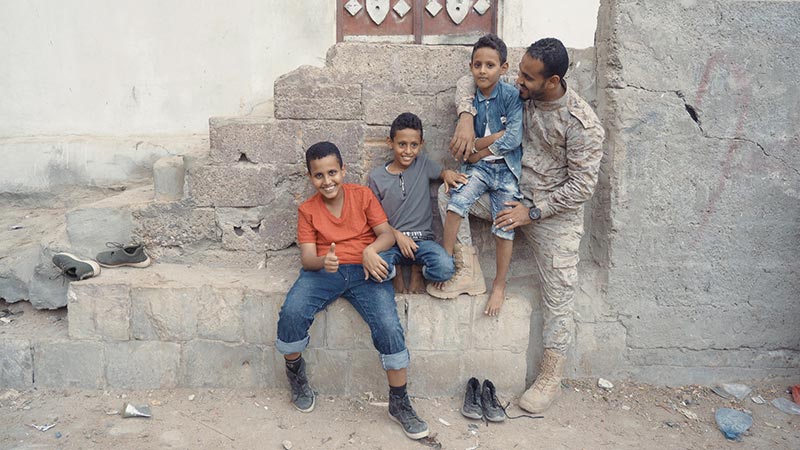 27 Jul In The Middle by Mariam Al-Dhubhani: Reclaiming The Narrative

Posted at 14:07h in Film Spotlight by vance-admin 0 Comments

In The Middle (2019), directed by Mariam Al-Dhubhani, highlights arguably one of the most unique and powerful aspects of documentary film: the ability for communities to tell their own stories. This particular film details the conflict in Yemen through the experiences of Ali, whose story of joining the military out of necessity to survive is representative of many Yemini youth. In times of war and conflict, being able to reclaim the narrative being broadcast to the world is very important for the people who are living that narrative in their everyday lives.

As Al-Dhubhani notes in her Director Statement, what the general public is hearing about Yemen through the news is not the entire picture, and the stories are never told by Yemenis. “It is usually a parachuting reporter who briefs the world in, like a news strap that passes through television screens; momentary and not very impactful,” Al-Dhubhani said. “Documenting stories from Yemen by Yemenis is crucial at this time.”

In The Middle is a compelling, personal look into an incredibly complex and important human rights issue. The current situation is underreported in the news media, and affects the livelihoods of many. Documentary film and festivals like the Free Speech Film Festival offer audiences the opportunity to learn about these issues through the eyes of the people they are directly impacting.